I AM A FCC LICENSE AMATEUR HAM RADIO OPERATOR, SINCE 1969…!

I HAVE SERVED IN THE UNITED STATES MARINE CORPS FOR EIGHT YEARS…!

NOW HERE’S THE REST OF MY HAM RADIO STORY…!  I held a Novice & Tech before I got my General License in 1969… Later on, I got my Advanced…  After a couple of years, I had the opportunity to join the Barry Goldwater Ham  Club…The Senator had his Ham station at his hilltop home in Paradise Valley…The club consisted of appx 25/30 hams… The retired members ran the daytime patches and some of the younger ones, like myself went to the station after work and ran the stations until the band faded out, or until sometime around midnight…What a great privilege to be a part of… I just love connecting the families to their servicemen in Vietnam. Barry paid for most of the stateside calls to his shack in Phoenix… His station consisted of two complete stations. So we had both stations running most of the time… One serviced Vietnam, and the other one covered Hawaii, Guam, Midway, and Okinawa & with assistance and helping with phone calls home…! When Senator Goldwater was home from Washington DC, he came out to the station and sometimes ran the calls and other times just visited with everybody… A lot of the time, there were visitors in the shack visiting… You never know what was going to happen when you were there or who you were going to meet… One afternoon, we hear this loud sound in the parking lot and when we open the door, Barry was landing a helicopter in the parking lot in front of his house and the ham shack … As I said, you just never knew who or what was going to happen when you were there. The large antenna that worked in Vietnam was so l large, that the boom was larger and longer than my R-45 tower. .. The base was connected to a large rotor in a huge concrete pad… We worked  5 stations at once sitting, all taking turns until we completed all 10 calls…! I had the phone company operator in one ear and Vietnam in the other… I had taken down 10 listings from the 5 stations, the operator downtown had already briefed the first caller on how to say “Over” and then we were off to the races… I had to turn on the transmitter with a foot pedal, as we were running a 5000-watt amplifier…!   So when the band was open, they heard us loud and clear with no problem…  So as Walter Cronkite used to say,  ” And That’s The Rest Of The Story ”   Well,  Here Is the Ken’s Ham Radio Rest Of The Story, Influenced By Senator’s Goldwater’s Hill Top Ham ShacK…!  This story proves just how meeting ham operators can change your life…!

After working the station for a couple of years and getting to love the view from his ham shack hilltop home… One night the band faded out and so I grabbed a coke and went outside and the sun was setting over west Phoenix and on to the Camelback Mountain and turning pink & purple, just beautiful, I  said to my self ” Wouldn’t It Be Nice To Have A Ham Shack  On top of the hill just like  Senator  Barry  Goldwater..!  At the time I was in the middle of building our first house in Scottsdale… I told my wife that I would love to build a home on top of a hill just like Barry… She listened, and that was the end of the story, for the time being… So we went on and finished that home, and 4 years later sold it… My wife said, ” that was easy so why don’t we do that again! ”  So I resigned from my job as I was going to work part-time time on the next house, and my wife would continue to work outside the home… Then we decided to move in with her parents… Then we purchased another lot and started construction..!  It was on the side of a mountain, but not on top… Just about the time that  I was working on the plumbing and foundation, we decided to go for an evening drive… Don’t know why we decided to go up this street called Sweetwater which we hadn’t been before which took us to the top of a mountain which overlooked downtown Phoenix and as far away as Sun city to the west and Superstition mountains to the east, plus so many more great views…I think that the view was almost as good as Senator Goldwater’s view… When we got to the top, there was a sign that said a lot for sale 2/3’s of an acre, $9950.  At that time  ( 1971 ) a lot for $9950 was a lot of money, especially for a hilltop home lot…! We looked at the view almost  360 degrees..! It had views of downtown Phoenix, Scottsdale, Sun City, Superstition Mountains..! The views were just unbelievable… I said to my wife, ” I Bet you don’t know what I’m thinking”  She said, oh yes “I Know You  Would Like To Build A House Right Here, Right? ”  She also said  ” that we can’t do that as we just started another house..! ”  So the next morning, my wife did what she always does and that is she always figures out a way…!  She said, ” I figured out a way of how we can buy that lot on the hill! ” She’s was always a such a great support…! I called the owner on my Ham radio from my car, ( Before  Cell  Phones)…! I told the man that I was a  ham operator and couldn’t discuss business on the phone patch ( 2-meter repeater ), but  I love what I  see and will give him a call from a landline when I got home…! Once I contacted him, he never let go of me until we decided to purchase the lot from him ( 1 yr later )  which is the exact plan that my wife had figured out… So once I told the lot owner exactly what I needed to get a building permit… 6 months later I got a letter from the city of Phoenix building and zoning saying they would issue me a building permit… So I contacted the landowner and we carried out the paper and we made payments for eight (8) years until I finished building the other house… Then I was ready to start my ham shack home on top of the hill… I quit my job and worked on it for over a year & a half, night and day… I built a 3300 square foot home up there… It was a labor of love… Only one room on the second floor and I bet you can’t guess what that room was… Yes, my Ham shack…! I even had a wrought iron spiral staircase up to the room on top…It was a dream come true… Boy,  did I have a signal from up there..? With a 6-element KT34-XA  antenna at about  50 feet… I could work Hawaii off the back of the beam… What a shack… My dream had come true… So I moved my family in and we lived in this home for twenty years, raised our two daughters there as they completed all their schooling… Then it was time to leave the home on the hill… It was hard to leave..! From The Time That I Got This Idea Of Building A House On A Hill Till Completion and We Moved In Was Ten Years…  Proves That  Dreams Do Come True If You Believe..!!! HERE ARE THE PHOTOS OF THE HOUSE FINALLY Built…! WE STARTING STARTING DIGGING THE HOLE FOR THE CONCRETE FOUNDATION FOR THE TOWER…! THE RAISING PARTY BEGINS LATER…!   JUST  TO SEE THE ANTENNAS AND SO FORTH…  ALL PHOTO DESCRIPTIONS & INFORMATION ARE LISTED BELOW ALL THE PHOTOS…!

Photo 2: Some Of My Ham Buddies That Came For The  Tower And Antennas Raising Get-together…!  Also, my other brother Hugh ( Hat ) came to help with the Ham Antenna raising.  Even tho he is not a ham, he wanted to lend a hand and was a lot of helps THIS IS A MOUNTAIN TOP VIEW OF OUR HOUSE AND THE SIZE OF THE HOUSE THAT TOOK MY WIFE KATIE, 1 YR 1/2 TO BUILD !… Just Like The One, We Dreamed Of When I Was Running Phone Patches to Vietnam, 10 years later…

Photo 3: Was another fellow ham (Steve) who I had become really good friends with and he was a good climber and as you can see, like me felt very comfortable on any height… This was at the completion and I think we were celebrating a job well done…!

Photo 4:  The Total Installation All Completed Of the KT34A 6-Element Beam

… Above That Is A Vertical 2 Meter Antenna, Plus A Dual 2-Meter Beams…The Vertical is for a local repeater. . .  Note, The Red Light On Top, Just To Deflect Low Flighting Aircraft…!

Photo: 5 This is a view of my new ham shack and the window view of the mountains and downtown Phoenix…! The Phoenix Lites Were Just Beautiful…!

Photo: 6  This is a view from the sun deck, just outside of the arcadia door of the ham shack…! This View Sundeck Was A Great Place That We Watched Fireworks On The 4th Of July…!

Photo: 7  This is a view of the house, showing the ham shack on top and the completed tower and antennas… 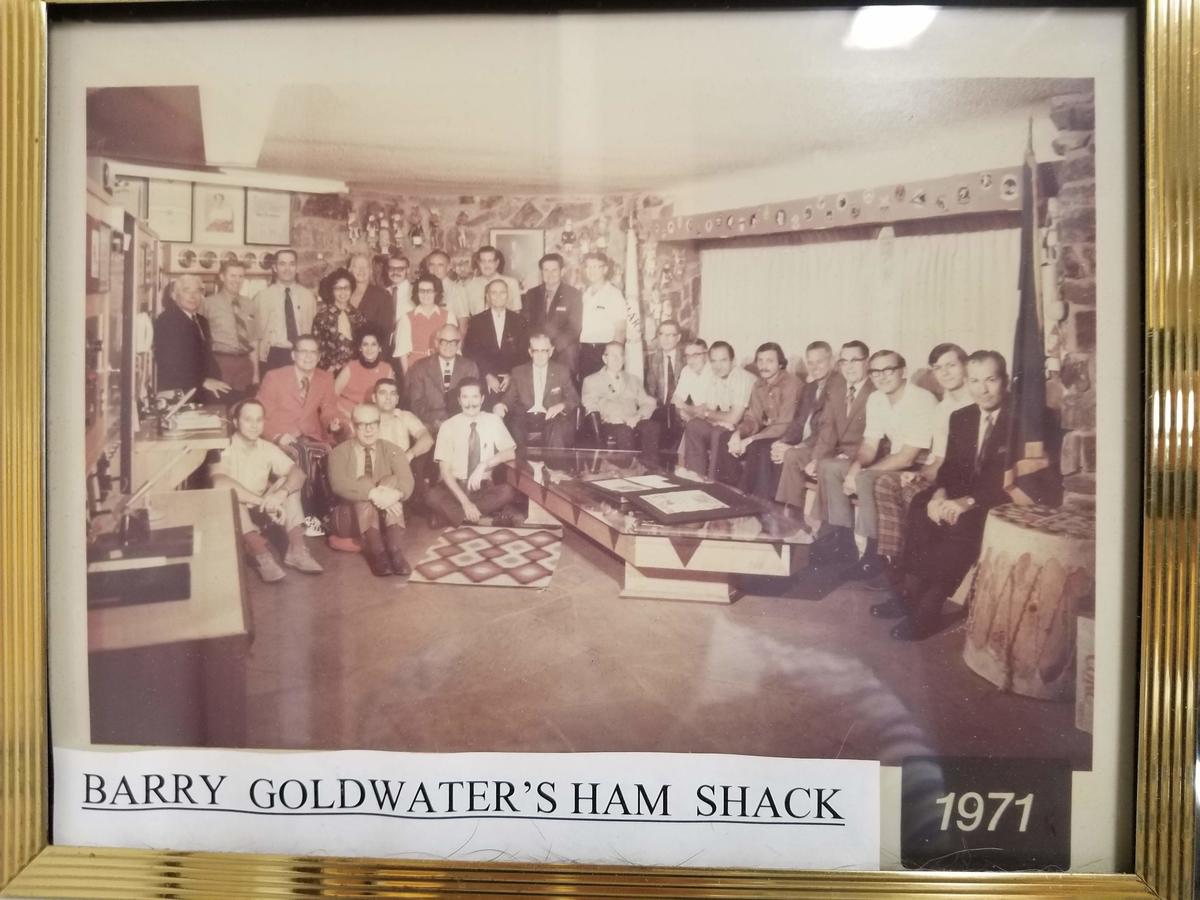 Photo: 8  This is a photo of the senator’s ham shack, and all the members young and old… I was sitting on the floor right of the senator with a flat-top haircut and a yellow shirt… 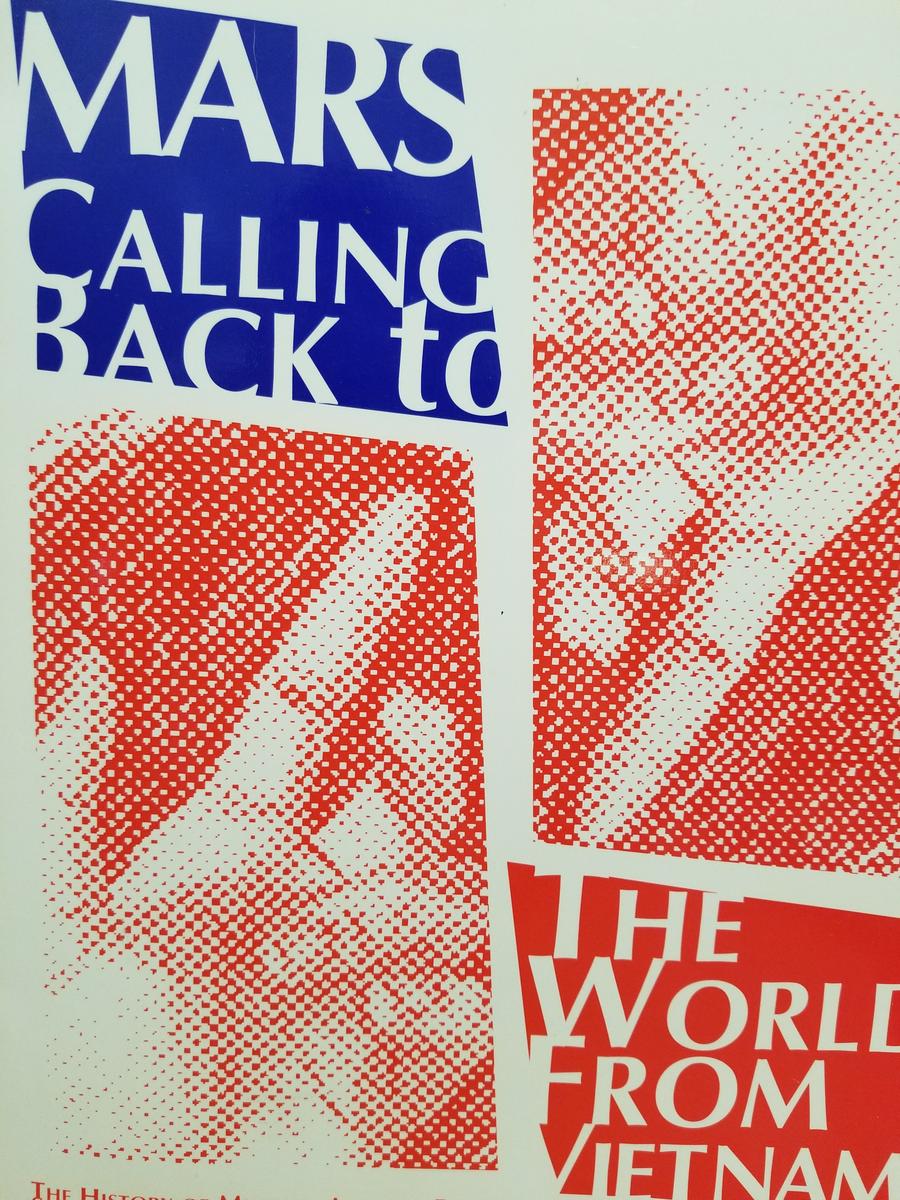 Photo: 9 This was the cover of a book published at that time called: The World From Vietnam, by MARS RADIO…MILITARY-AFFILIATED-RADIO-SERVICE…! 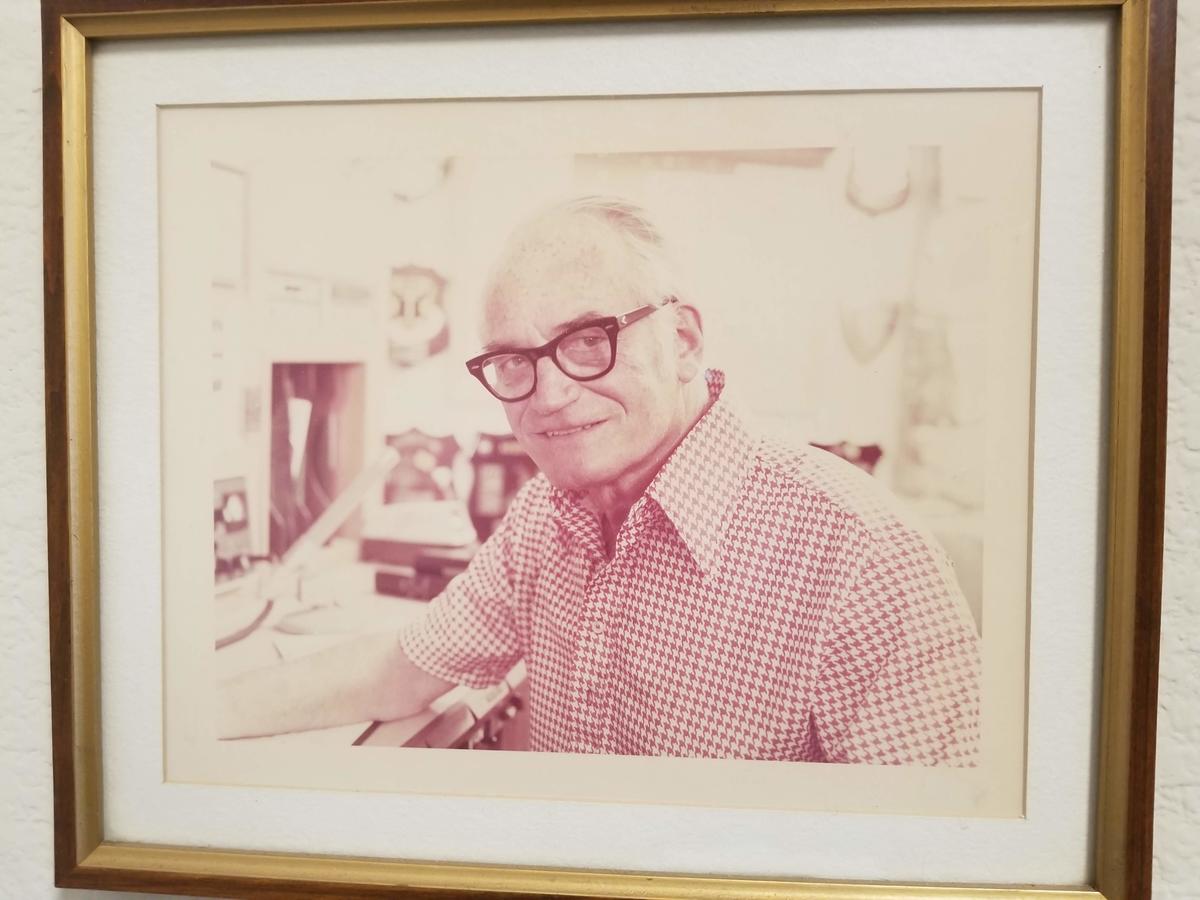 Photo: 10  The photo below was of the senator… When he was in town, many times he would come out to the shack and run calls and visit… He was so down to earth and had many wonderful conversations… I WILL NEVER FORGET IT…! From Senator Goldwater’s Mountain Top Home with Barry at the mike… 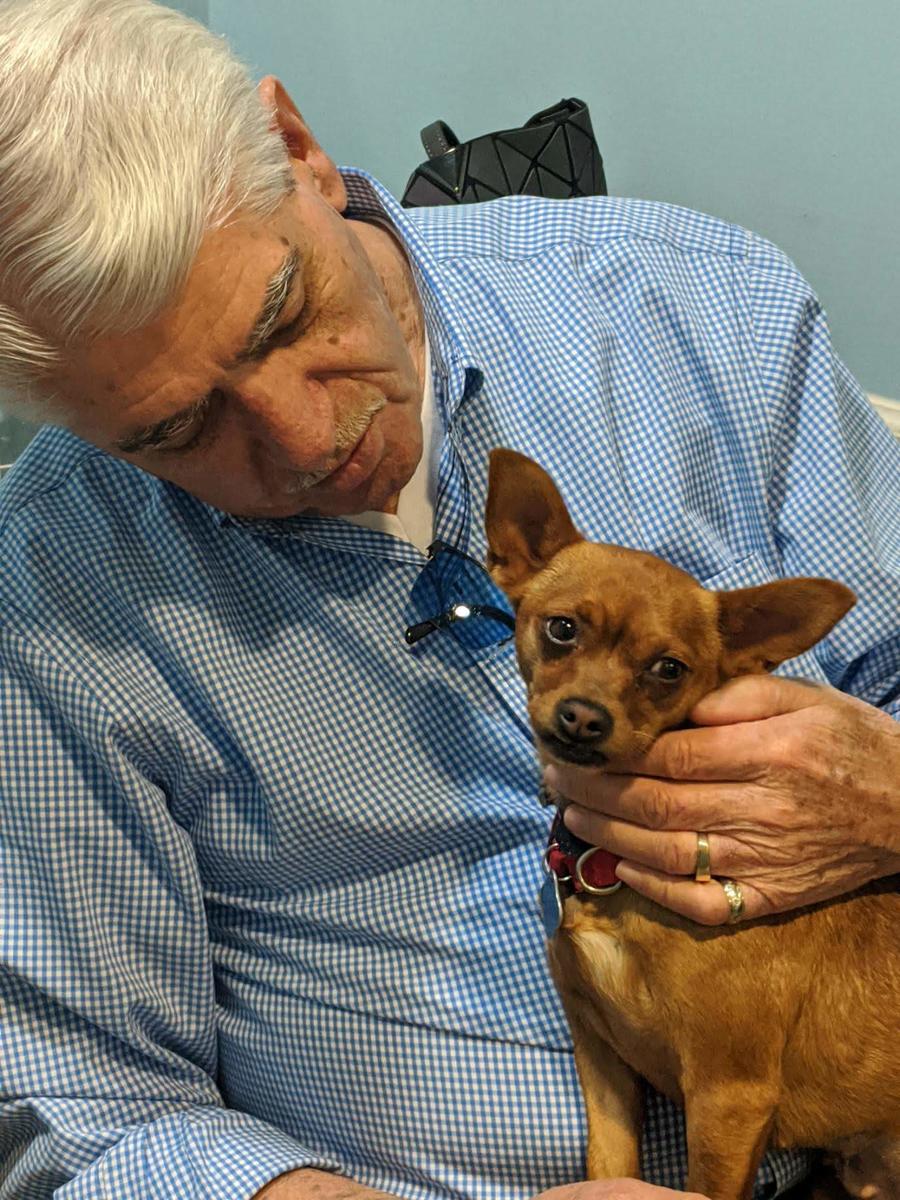 Use the above numbers to contact me yes I am a semi-retired auto salesman for over thirty 34+ years & yes I have been selling and saving ham operators money $$$ on their vehicles… I love the business and helping folks save money and time on their vehicles..!

Here’s My latest photo, still going strong, doing the best job in the world… Always working for you to help you save time, and money, eliminate the hassle sometimes associated with the vehicle purchasing process… The process sometimes leaves us frustrated and disappointed… Almost like going to the dentist, and you know the pain that brings…! Give me a call, there’s no charge for my service, as the dealers pay me a small ref fee…!